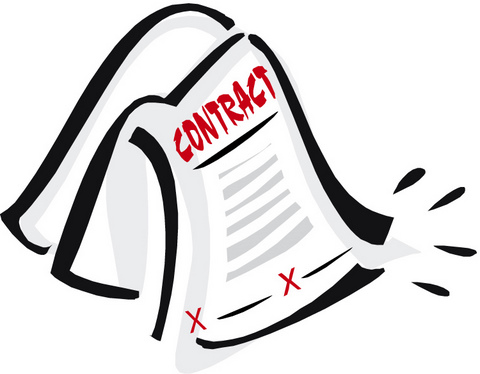 Obviously, there are many benefits to obtaining non-recourse accounts receivable financing. The credit/collection risk being assumed by the factoring company is the greatest benefit. So while you’re out looking for the best deal, be sure to reference this article. Despite the title, instead of providing you with a non-recourse factoring agreement sample, we thought we’d provide you with language that raises red flags – language that signals a deal is recourse. Since recourse deals have increased potential liability associated with them, it’s important you know how to identify the differences. But please don’t get us wrong here, recourse deals aren’t necessarily bad. Because the factoring company doesn’t assume as much risk, the fees are usually lower. But if you’re not willing to assume the risk of a recourse deal, you need to know how to identify one.

“Seller shall offer for sale to Purchaser as absolute owner, with recourse, Seller’s Accounts as listed periodically on the Seller’s accounts receivable schedule…”

Whereas a non-recourse deal will have language like this:

Notice how there is zero language about “with recourse” in the second quotation. Also, for purposes of a factoring contract, “buyer” and “purchaser” mean the same thing. The word and specific language of each clause depend on the factoring company’s attorney.

#2. Look for a Skewed “Repurchase” Clause

Notice that in the above clause, the factoring company (the Purchaser) can force you buy back the invoice (the “Purchased Account”) on demand – even if your client has become insolvent, refuses to pay, or pays late.

We can’t say it loud enough – that is NOT a non-recourse deal!

Now compare that with language from a non-recourse contract. See if you can note the difference(s):

The language here indicates that the option remains with the you, the original seller. With this language, the factoring company cannot simply “put” the receivable back to you if the invoice doesn’t get paid. The language of the clause is silent on instances where you would have to repay. Basically the risks discussed above – refusal to pay, late payment or insolvency of your clients – are being assumed by the factoring company.

This is a nifty way for factoring companies to “disguise” a recourse deal as non recourse.

And lastly, contact your attorney to thoroughly comb through any contract before signing away.

We hope you found this non recourse factoring agreement sample helpful. As always, don’t hesitate to reach out to us for assistance securing you, or reviewing, factoring deals on your behalf.